The Sunshine Centre’s Board of Trustees 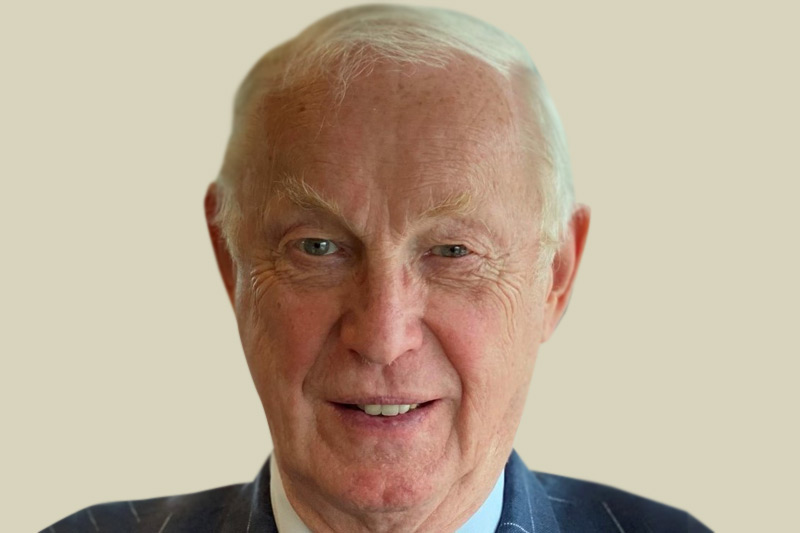 John has been Chairman of the Board of Trustees of the Sunshine Centre since 2003.

He is also currently Independent Chairman of the Audit and Standards Committee of Warwickshire County Council, Complaints Commissioner for the Data and Marketing Commission, a Trustee of the William Temple Foundation and the Oxfordshire Yeomanry Trust and a Vice President of the Institute of Trading Standards.

John came to Banbury in 1967 as a graduate trainee with Alcan Industries and after assignments in Canada, Australia, Northumberland and London was appointed Managing Director of Alcan Extrusions in Banbury in 1982. He later became Chief Executive of British Alcan Aluminium plc and afterwards joined the government as Director General of Fair Trading. Subsequently he has been Regulatory Director of the British Horseracing Authority, Vice Chairman of British Waterways and a founding Trustee of the Canal & Rivers Trust.
In the past John has been Chairman of Governors of the Banbury College, Chairman of Enterprise Cherwell, Chairman of the Oxfordshire Economic Partnership and a High Sheriff of Oxfordshire. 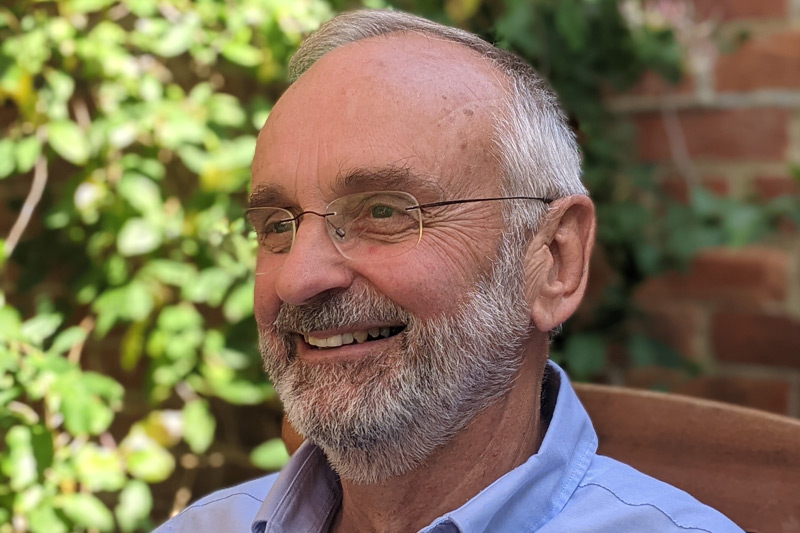 John retired from being a GP in Banbury in 2010

John started his career at Oxford University where he went into research before going on to work at the Radcliffe Hospitals. John then moved to work at the Horton Hospital and became a GP at West Bar in 1983.  In 1985 he became a member of the Board at Britannia Road Day Centre.  John has always been interested in education and in 1985 he became a GP tutor and helped found the National Association of Primary Care Educators.

In 1996 we set up the North Oxfordshire Primary Health Forum with local patients and council members. This was to try and give local people a say in managing their health care and partly arose from the Davidson Enquiry into the future of the Horton Hospital.  When national rules changed this grew into the North Oxfordshire & South Northamptonshire PCG of which John was chair until 2001 when he became the Chair of the Executive Committee of the new Cherwell Primary Care Trust until 2003. These bodies commissioned and provided medical services for the local population.

John was honoured when Jill asked me to become a trustee of the Sunshine Centre in 2010 where he is a member of the Finance & Audit Committee.  John has lived with his wife and 3 children in North Newington for 40 years and he is also a Governor of Swalcliffe Park School.

Tony started his career in a corporate rating agency and then moved into banking in the City working for a number of international banks including American, Japanese and European which included a period working in Austria.

Association, a large national developer and provider of affordable housing and care services. His role at Sanctuary has been on the finance and investment side of the organisation and he has also delivered a number of large projects, including student accommodation arrangements in partnership with universities.

He retired from Sanctuary at the end of 2019 and now concentrates on several non-executive roles including as Governor of the Heart of Worcestershire College and as a trustee of the Church of England pension board. He remains a trustee of the Sunshine Centre which he joined in 2010, chairing its Finance Committee.

Surinder has lived in Banbury for the past 42 years.

She is married with 2 children, works for the Civil Service, former Town Mayor of Banbury, a former Cherwell District Councillor and a custody visitor for Thames Valley Police, a member of Banbury Bluecoats Committee and also a member of Banbury Rotary Club. She worked for Marks & Spencer from 1982 to 2020 where she was the chair of the Business Involvement Group. She has served as Trustee of Banbury Citizens’ Advice Bureau and as Governor of Banbury Secondary School. She was also an Oxfordshire County Councillor (2005-9 and 2013-7) serving on the Health & Overview Scrutiny Committee and Pension Fund Committee. 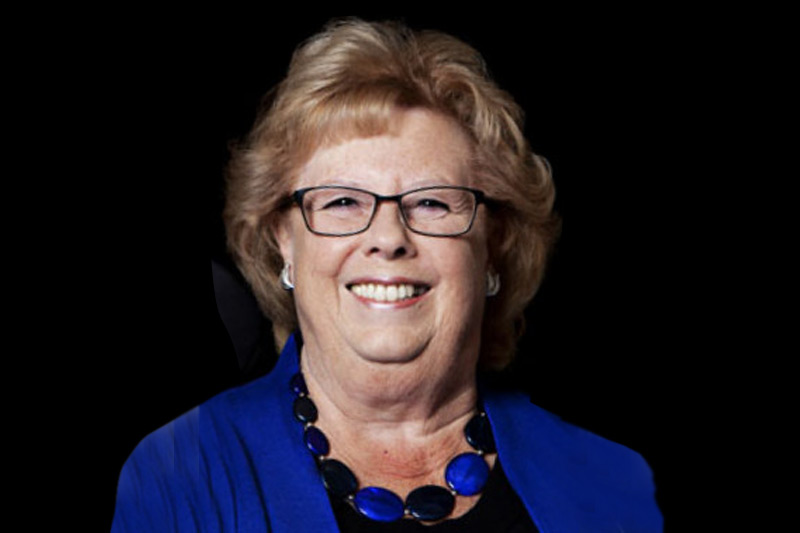 Maureen’s career has been in people management with interests in fundraising for children and for the disabled in our community.

Maureen became Director of Human Resources at The Horton General Hospital when it became a Trust in the early 90s, having established and developed the personnel department there from 1984. Previously she had supported the Senior Tutor at The Horton’s School of Nursing followed with four years in the personnel dept. at Alcan Extrusions. Following the merger of The Horton with the John Radcliffe Hospital in 1998, she set up her own HR consultancy, People Solutions. Maureen retired in 2008 and became Trustee and HR Director of Citizens Advice North Oxon & South Northants until 2017.

Throughout her adult life Maureen has supported charities. She set up a Mothers & Wives Club when her own children were toddlers, was Chairman of the Banbury branch of the NSPCC for 30 years and currently is Chairman of the Friends of Agnes Court, Leonard Cheshire Disability’s Care Home in Banbury, having also served on their Regional and National Committees since 1995. Maureen has raised funds for Horton Hospital, led the appeal to extend Banbury CAB premises, operated as a member of the appeal panel to build the new Cheshire Home in Banbury; she has carried out charitable work as President and Secretary of the Inner Wheel Club of Banbury. 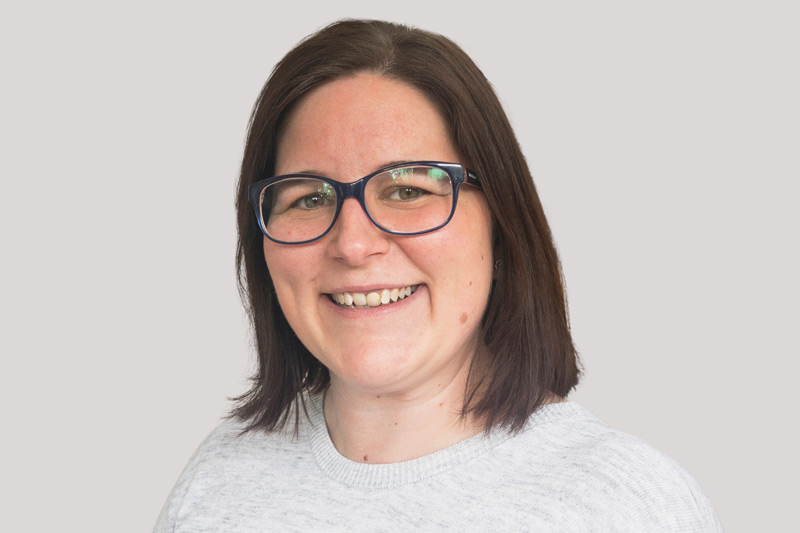 Gemma qualified as a solicitor in September 2009, and exclusively practices family law.

In February 2013 Gemma completed her training with the National Family Mediators Association and is an accredited mediator; offering mediation in all family related issues and in 2018 qualified as a Collaborative lawyer. She previously practiced in Milton Keynes and Oxfordshire. In February 2021 she joined Stowe Family Law as a Senior Solicitor and Mediator.

Gemma is a member of Resolution and a Resolution Accredited Specialist. She is also a member of the Family Mediators Association. Gemma has been a recommended lawyer in The Legal 500 UK since 2017 and has been named a ‘Next Generation Lawyer’.

She is also an elected Governor for The Oxford University NHS Foundation Trust and represents Cherwell members and constituents.

In her spare time Gemma is a keen but amateur photographer, gardener and baker and has two young children who keep her very busy! 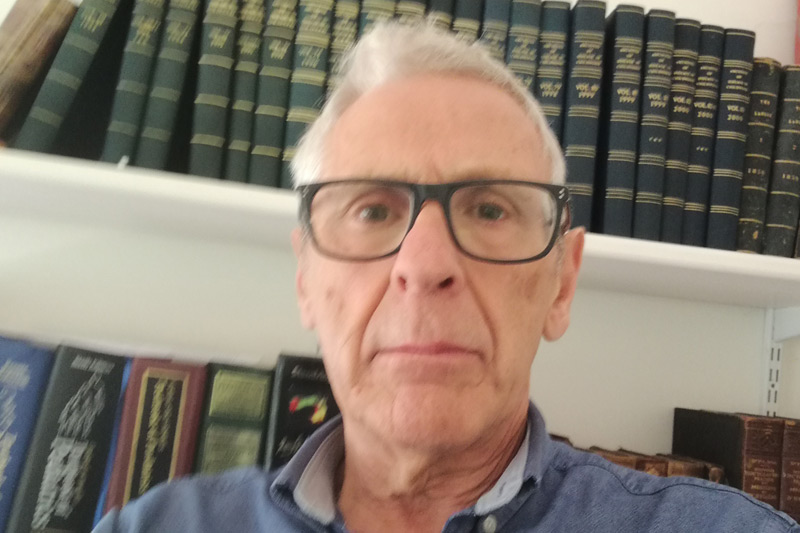 He was a consultant paediatrician in the UK from 1977 – 2001, latterly at Oxford Radcliffe Hospitals NHS Trust and was honorary senior clinical lecturer at the University of Oxford and postgraduate clinical tutor for North Oxfordshire. From 1994-2003, he was editor-in-chief of Archives of Disease in Childhood and was syndications editor for BMJ Publishing Group from 2001-7. He also edited the journal Clinical Risk for the Royal Society of Medicine. He has been chairman of the Committee on Publication Ethics, director of the Council of Science Editors (US) and a board member of the UK Research Integrity office.
He was either an officer or co-opted member of the executive committee of the Royal College of Paediatrics & Child Health throughout its first decade and was awarded its honorary Fellowship in 2007 ‘in recognition of outstanding contributions to the objects of the College.’ He is also a Fellow of the Royal College of Physicians.
From 2001, Harvey was an associate of the General Medical Council, initially as a panellist and then as chairman of its Fitness to Practice Panels followed by transfer to Tribunal Chair of the Medical Practitioners Tribunal Service until 2016.
Harvey is chairman of the trustees of MacKeith Press, an academic publishing company and sits on the Confidentiality Advisory Group of the NHS Health Research Authority.

From 1963 David worked with the insurance company Legal & General for several years then became senior consultant with actuarial and employee benefits consultants. He took professional exams (Pensions Management Institute) and became APMI then later elected as Fellow (FPMI) in 1990, Made Director in 1988 and also became Director of a corporate trustee company. These appointments to companies within the Willis Group.

In 1998 he took a statutory appointment with the Government of the Cayman Islands and created a operational framework and office for the regulation, registration and governance of mandatory employer sponsored occupational pension schemes nationally.

Retired in 2003 and 2005-2016, he acted as a voluntary general adviser for the North East Suffolk Citizen’s Advice Bureau. From 2005- 2016 acted as Company Secretary to a residents’ management company and separately was a trustee to a local charity operating a shop and providing craft training and work for disabled people. Also from 2008 -2012 was co-opted as an independent member of the Standards Committee of Waveney District Council. Served as Councillor on Beccles Town Council from 2013 – 2016.

Jenny Harris started her career working for five years as a Probation Officer in Reading and at Spring Hill Prison.

Following a break to have her children, she trained as a family mediator with Oxfordshire Family Mediation.  For over thirty years she worked with families in transition, helping parents to cope with the challenges of supporting their children whilst they were going through separation and divorce. She also worked directly with children helping them to understand the changes in their families and to develop ways of coping with their changed situation.

For five years she worked as the CEO at BYHP, the Banbury Young Homeless Project, supporting young people.  During this time, she helped to develop the mediation service working with parents and young people whose relationship had broken down, leading to homelessness. She was also responsible for fundraising and made a successful bid for five-year funding to the Big Lottery, for setting up a social enterprise cafe.

She has been a Magistrate in Northampton since 1990 and during this time has sat on the youth and family benches as well as in the adult court.   She has been a school Governor, has been involved with Trust and Legacy fundraising for other charities and has been part of a community-based fundraising committee for twenty years.

She is now retired and enjoys walking her dog, playing bridge and learning to paint. 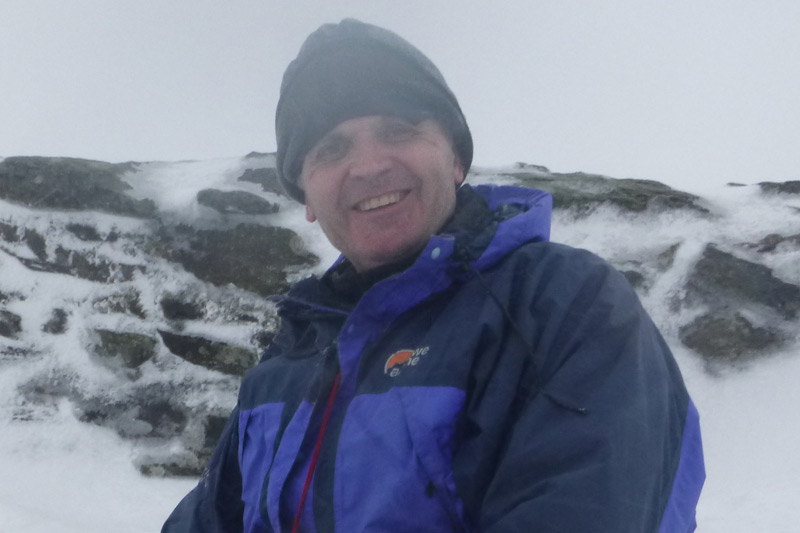 Andrew has 45 years’ experience in the property sector and is a founding Director of White Commercial Surveyors, having previously worked in both the private and public sectors.

Andrew has lectured undergraduates and postgraduates in Estate Management and has undertaken seminars in China and Vietnam on behalf of Oxford Brookes University for experienced delegates with a financial or property background seeking to become Chartered Surveyors.

Other than advising a wide range of private and public sector clients, Andrew is also the surveyor to Banbury Charities.

Away from work, Andrew takes part in annual fundraising challenges for various charities and thereafter gives presentations to promote their work. Examples include kayaking, cycling and walking from the Isles of Scilly to Shetland; soloing Tower Ridge, Ben Nevis; a via ferrata ascent of the Daubenhorn in Switzerland via the sheer 3,300 ft. rock face; a circumnavigation of the Isle of Wight by kayak; and a skydive from 13,000 ft. The next target (2021) is to ascend the Matterhorn.

Secretary to the Board