I started working with the Sunshine Centre twelve years ago. I was taking my granddaughter Megan to drop-ins at the Sunshine Centre which was then in a Portakabin in the grounds of the old Neithrop School. Tracy and Jill noticed at the drop-ins that I was a natural clearer-upper and so approached me to do a few hours cleaning and that’s how it started. I used to take my mum, who was in a wheelchair, to drop-ins with Megan on her lap and Mum would join in with the arts and crafts. Before Mum had her stroke at age 45 she had been very fit and active and had run a Gingerbread group for lone parent families so she was keen to join in the activities at the Sunshine Centre. In the Portakabin there was a room for TOTS and a small room which became the IT suite. Jill and Tracy had a little office and there was another area where Michelle had a desk. There was a covered outside area which served as TOTS garden.

We were very excited to take over the big new empty building that the Sunshine Centre is in now. It had an extension built on. The corridor outside TOTS is all new. TOTS had to be redone because it had been the changing rooms for football. There was one big hall were now there is the Hall and the Family Room. The then hall was like a school gym with climbing ropes along the side. I am now the Housekeeper and responsible for not only the main building, but Children’s Centre Childcare over in the school building. I have Amanda to help me because there’s a lot to do and standards are very high. 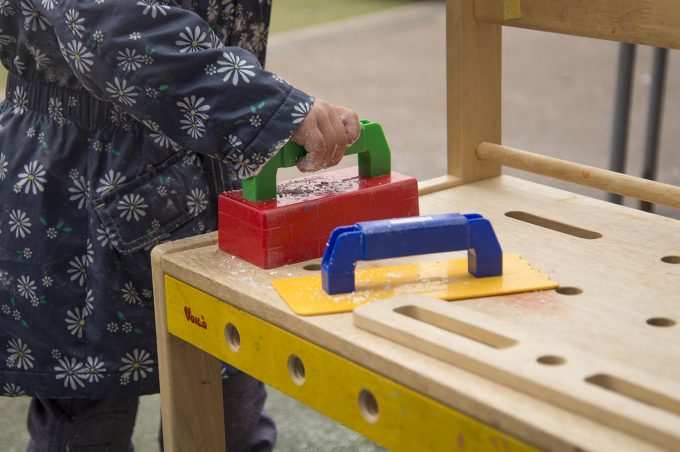